I remember a movie I watched with a friend a few years ago. While I can’t recall every detail of the film, I most certainly remember the name of the movie being “God’s Not Dead”. The title struck me then and still does now. The idea is that because we don’t witness miracles such as those recounted in biblical times (especially in America), it’s possible to presume that God is either dead or simply never existed at all.

I have to admit that I’m quite the skeptic. I can relate to doubting Thomas. I get him. I’m not much able to accept things simply because someone tells me it’s so. Rather, I have to take time to really know it for myself. With that, I’ll admit that it took me a long time to surrender and put my faith and trust in Jesus. Over the past few years of walking with Christ, I have spent a good amount of time reading the bible and continuing to learn more about God’s character and His love for us. In that, I know that I’m not alone in questioning why what I read in scripture about God’s power and all the many miracles Jesus performed never seem to happen today. Miraculous healings in the name of Jesus in modern times has always seemed far more absurd than biblical or possible to me. Truthfully, for many years whenever someone would tell me about a so-called miracle, my science-oriented mind would not only question the story, but doubt it all together and then try to find an alternative logical reason for what could have possibly happened. In many ways, I just flat out haven’t believed that true miracles are possible. That is, until God set me in the middle of one out here in Ethiopia.

Last year during one of our field days, Emily and I were heading in to a village together and our local guide told us about a woman who was very sick. We weren’t told much about her sickness but we were asked if we would visit and pray for her. We, of course, agreed that we would be more than willing and we went about our day from there. Our guide listened intently to the good news of Jesus and after visiting several other huts, we arrived at the home where the sick woman lived. As most of the huts are, the home was very dark and it took some time for us to adjust to the lack of light inside. We had already greeted several members of the home and sat down before our eyes adjusted enough to see the figure in the corner of the room. Emily saw her first and drew my attention to her. What we saw was heartbreaking. In the corner of the room, lying on a thin old mattress that reeked of urine in the dark was a woman who was clearly wasting away. Our hearts immediately broke for her.

As we asked questions about that woman we were told that she had been trafficked and unable to walk for over six years. She had essentially been wasting away in the corner of the hut for all those years and as her body deteriorated we were told that she also hadn’t been able to speak. Her situation seemed devastatingly hopeless.

Abay, our translator and an absolutely incredible man of God, shared the gospel message with the family and everyone in the home accepted Christ. We were even able to share the message specifically with the woman in the corner, and while she was unable to speak, she did point to the picture on the Evangecube indicating that she wanted to put her faith and trust in Jesus. Soon thereafter Abay and Shemelis began praying over the woman. They prayed loudly in Oromo while Emily and I sat nearby holding her hand. As if out of nowhere, Abay suddenly shouted, “Out! Out in the name of Jesus Christ!” He shook her violently and continued to command the demonic spirit out of her while Emily and I were told to also pray out loud for her deliverance. It was both incredibly amazing and absolutely terrifying to be a part of and witness. After what felt like an eternity of powerful prayers, we all comforted the woman as she attempted to prop herself up. She was clearly too weak and emaciated to stand up to walk, but she was able to just barely say, “I am in God’s hands now.” It was a miracle in itself that she was able to speak, let alone declare such truth!

We left the hut without knowing if our prayers for her to be healed and to walk again to the glory of God would ever be answered. That is until today here in Ethiopia.

Today, we visited a village that we had visited last year to follow up with some of the people we had shared the gospel with and to find out how the home churches were doing. After the day of visiting, Dave and Quinn reported that they had visited a home where a woman who had been sick and unable to walk for over six years had been prayed over and was now walking around and sharing the message of Jesus. I could hardly believe it when I first heard. There just seemed to be no possible way it could be the same woman after the state we had seen her in a mere year ago. We forced them to show us picture, compared them with the ones we had taken last year, and asked many questions about the home. Sure enough, the sick woman who had seemed to be all but completely lost and hopeless a year ago had been miraculously healed and is walking around preaching the gospel today!

It’s absolutely a miracle. I still can’t wrap my mind around it, but I suppose that’s the point. Miracles, and God Himself, aren’t simple worldly things that we can ever fully comprehend or explain. That’s where faith and belief exist.

I’m reminded of a story from the bible found in Mark 9:14-29 in which Jesus heals a demon possessed boy. The father begs of Jesus, “If you can do anything, have compassion on us and help us.”
Jesus said to him, “If you can believe, all things are possible to him who believes.”
Immediately the father of the child cried out and said with tears, “Lord, I believe; help my unbelief!” 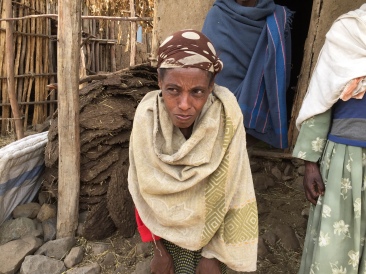